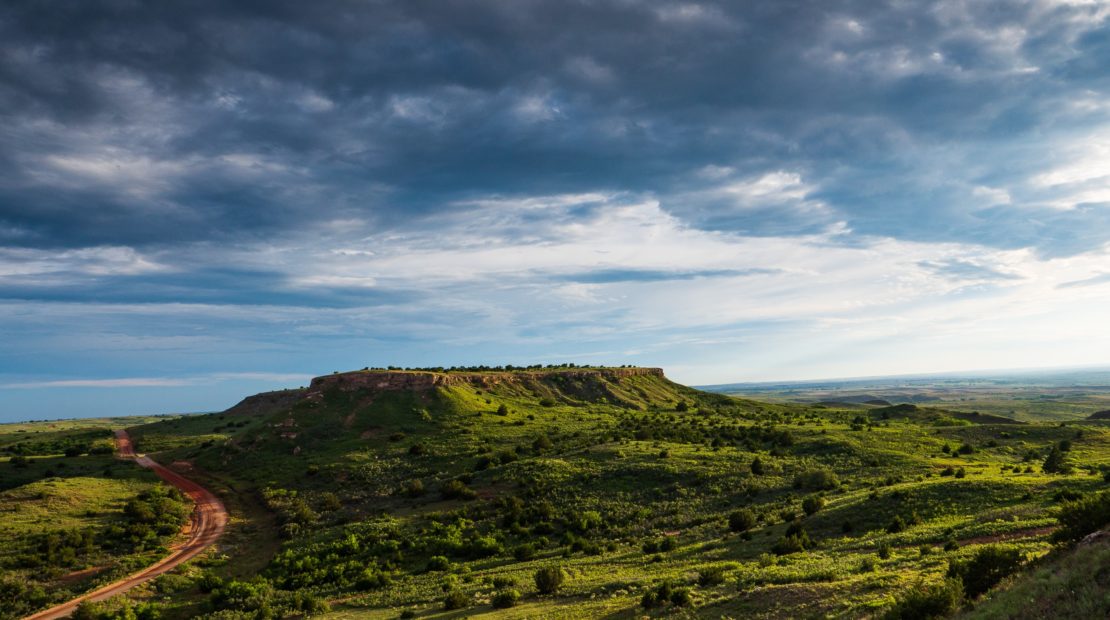 If you’ve read the news lately, you’ve likely seen mention of the Supreme Court of the United States’ rulings on several high-profile cases. While cases like Dobbs v. Jackson Women’s Health Organization and West Virginia v. EPA have arguably attracted the highest share of media attention, we’ve been closely analyzing another case that’s largely remained under the radar outside of Indian Country. The Court’s ruling on Oklahoma v. Castro-Huerta is bad for Indian Country and bad for non-Native people, too.

Before we get into the negative impacts of the decision, let’s start with some basic details about the case itself. Victor Manuel Castro-Huerta, a non-Native person, abused a Native child on Cherokee Nation land. He was convicted by an Oklahoma state court and sentenced to 35 years in prison. Castro-Huerta appealed the court’s decision, and in the appeal, he argued that the state lacked jurisdiction to prosecute him because the crime took place on Native land.

How did the case reach the Supreme Court? In an effort to overturn the Supreme Court’s recent McGirt v. Oklahoma decision, the state of Oklahoma filed more than thirty petitions with the Court, including the case involving Victor Manuel Castro-Huerta. Called “a strong affirmation of the power of treaties” and “one of the most consequential legal victories for Native Americans in decades,” McGirt affirmed that the eastern half of Oklahoma (19 million acres) is Native land. The Supreme Court agreed to take on Castro-Huerta but limited the decision’s scope to the question of criminal jurisdiction. In the case, the Court examined whether the state of Oklahoma has jurisdiction over crimes committed by non-Native people against Native people on Native lands.

The Court ruled in favor of the state of Oklahoma, undoing 200 years of precedent. According to Fawn Sharp, President of the National Congress of American Indians, “Prior to Castro, it had been unquestioned and understood for nearly 200 years that states do not have jurisdiction over non-Indian criminals who commit crimes against Indians in Indian Country. After the Court’s decision, that is no longer the case.” Before Oklahoma v. Castro Huerta, the federal government had exclusive jurisdiction (in non-Public Law 280 states) for any crimes committed by non-Native offenders related to the Major Crimes Act and the General Crimes Act. Now, states may get involved, too, assuming they choose to do so and their existing state laws don’t serve as impediments.

Oklahoma v. Castro Huerta sets an unfortunate new precedent: states have jurisdiction over Native lands, unless Congress acts directly to limit this power or it’s determined that states’ jurisdiction unlawfully infringes on Tribal sovereignty. According to Zachary Schauf, an attorney who argued the case in front of the Supreme Court, the majority opinion argues that “Indian Country is part of the state, not separate from the state.” But, as Justice Neil Gorsuch notes in the case’s dissent, this claim is not well-rooted in history. Zachary Schauf explains, “At the [United States’] founding, Indian Country was a separate place entirely. …[the case’s] presumption is not rooted in treaties or the trust relationship.”

The Castro-Huerta decision also conflicts with congressional statutes like Public Law 280. (See our article to learn more about what Public Law 280 is and how it works.) Public Law 280 grants certain states the ability to take over responsibility for major crimes from the federal government. The law assumes that states lack this jurisdiction; otherwise, why would they need special permission?

While Castro-Huerta is damaging for Native nations and a threat to Tribal sovereignty, there’s a small silver lining. The state of Oklahoma did not succeed in its ultimate goal to overrule the full McGirt decision, despite investing over $1.5 million in the effort. The other broader implications of McGirt (a victory for Indian Country) remain intact.

Principal Chief David Hill, Muscogee (Creek) Nation, has called Oklahoma v. Castro-Huerta “a step in the wrong direction for public safety” on their reservation and every reservation. He explains, “The best solution is to empower those who are most motivated to protect our citizens, and it’s Tribal governments.” States simply are not highly motivated to protect Tribal citizens. Nothing makes this more clear than data and firsthand accounts from Public Law 280 states.

Here’s a quick summary of Public Law 280 illustrating why policing in these states is unsafe and unjust:

The key takeaway here? Native nations should have the authority to prosecute any crime that happens on their lands. As Tribal law expert Tadd Johnson notes, “Tribes are one of the few places in the world that don’t have territorial jurisdiction over people who walk onto their lands. Which is very odd. Because if you go to France, you expect to get arrested by French authorities if you commit a crime there. If you go to Wisconsin, you expect the same thing.”

Only time will tell how Castro-Huerta plays out for individual Native nations and Indian Country as a whole. In order to understand the case’s full impact, Native nations will need to examine federal law, treaties, and state laws, in addition to their own laws. And, much of the case’s impact will also depend upon how states decide to use the decision.

Beyond criminal law, Castro-Huerta may have other negative effects on Indian Country:

How Native nations can respond

In a recent webinar, Stanford Law School professor Elizabeth Reese recommended that Native nations take proactive measures to ensure they have a seat at the negotiating table. What does this mean? While many states have the potential for new jurisdiction as a result of Oklahoma v. Castro-Huerta, they’re not required to use it. Native nations should meet with state officials as soon as possible to set the agenda. Even if a state moves forward and decides to use its expanded jurisdiction, it might be possible for Native nations to work out a cooperative agreement with the state and federal government.

How all of us can respond

Reach out to your elected officials on the local, county, state, and federal level. Let them know you disagree with this decision and believe that expanding state jurisdiction will create confusion and cause harm. Tell them you’d support legislation to fix the issues created by Oklahoma v. Castro-Huerta.

We need to quickly identify elected officials who are interested in helping Native nations find a legislative solution to the issues that Oklahoma v. Castro-Huerta will most certainly cause.

Wayne Ducheneaux II, Native Governance Center Executive Director, believes there’s hope for public pressure campaigns to succeed: “In 1964, Native nations in South Dakota effectively conveyed to voters the harm caused when states get involved in public safety on Native lands. After the state legislature adopted a measure to opt into jurisdiction under Public Law 280, more than 79% of South Dakota voters rejected the state’s wishes via a referendum vote. I’m hopeful we can see similar campaigns and results in response to Oklahoma v. Castro-Huerta.”