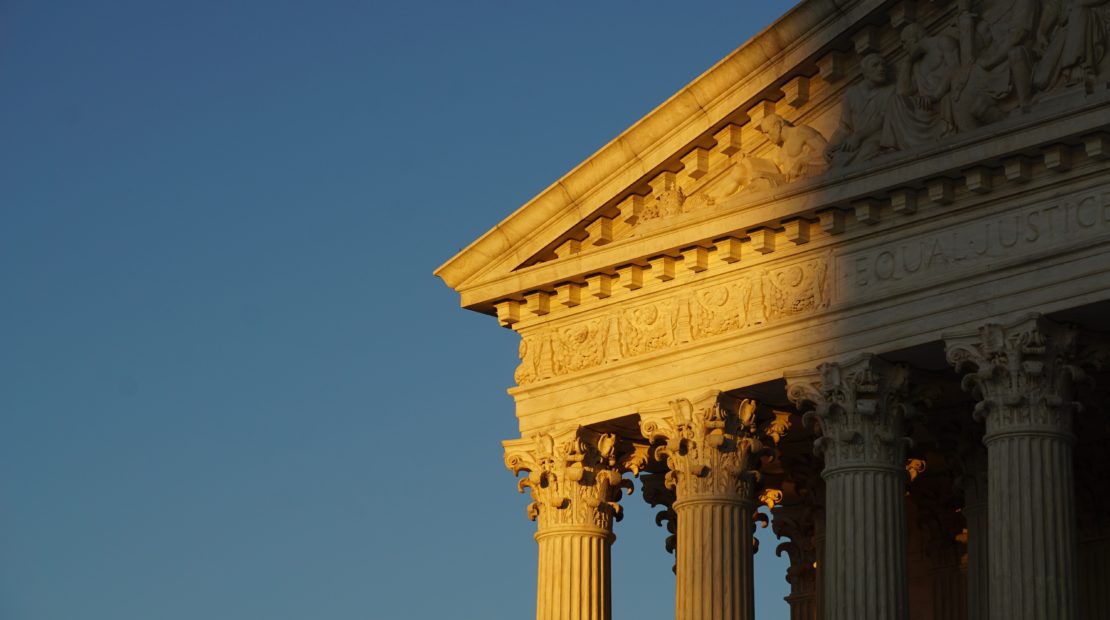 McGirt v. Oklahoma and Our Region

On July 9, 2020, the United States Supreme Court announced its highly anticipated decision on McGirt v. Oklahoma. The Court ruled against the State of Oklahoma’s request to disestablish the Muscogee Creek Reservation, confirming that only an act of Congress can undo a treaty (not courts or states). The case affirms what the Five Tribes in Oklahoma have known for hundreds of years: the eastern half of Oklahoma (19 million acres) is Native land.

McGirt v. Oklahoma has been called “a strong affirmation of the power of treaties,” “one of the most consequential legal victories for Native Americans in decades,” and “a historic win for Tribes.” Several great resources already exist that provide an overview of the Court’s decision, dispel myths and misconceptions associated with the case, and explain how the ruling will impact Tribes in Oklahoma. (May we suggest starting with the podcast, This Land, to learn more?)

The United States Supreme Court’s decision in McGirt is momentous for the Tribes in Oklahoma. But, what implications does it actually have for Tribes in our region (Minnesota, North Dakota, and South Dakota)?

Implications for Tribal nations in our region

To dig deeper into McGirt v. Oklahoma’s specific implications for our region, we sat down with Tribal attorney Tadd Johnson. Tadd is a Native Governance Center board member and has spent more than three decades working in the field of Federal Indian law and policy. Here’s Tadd’s take on the case:

Governments in our region are using similar tactics to those employed by the State of Oklahoma in McGirt to challenge the boundaries of Tribal nations. Counties pursue boundary cases against Tribes to contest the existence or scope of reservation land. (There’s even a group of attorneys that specializes in these cases.) Tadd cites the recent case between the Mille Lacs Band of Ojibwe and Mille Lacs County as a prime example of a boundary case in our region. What started as a law enforcement issue has now morphed into a dispute over the Mille Lacs Reservation’s boundaries.

In February 2020, the State of Minnesota announced that it stands with the Mille Lacs Band on the most recent case related to this issue. A letter from the Minnesota Attorney General’s office notes, “The county’s assertion that the Band’s reservation has been diminished or disestablished has no basis in law and conflicts with the federal government’s long standing position.” Despite the State’s affirmation of the treaty, Mille Lacs County continues to pursue its boundary argument against the Mille Lacs Band, employing many of the same arguments that the Supreme Court ruled against in McGirt.

An excellent precedent for boundary cases

According to Tadd, a Tribal attorney’s main role is reminding governments of their past legal agreements and attempting to hold them to their word. McGirt is a rare example of the Supreme Court recognizing and affirming an agreement. “We’ve gotten so used to courts figuring out ways to get around well-established precedents by inventing legal theories out of thin air,” Tadd argues. “It’s sort of amazing (but should not be) that the Court followed its own precedent and the law in McGirt. When this happens for Indians, it’s a minor miracle.”

McGirt v. Oklahoma sets an important precedent for future boundary cases involving Tribes. As Tadd puts it, “Tribes retain all rights that haven’t been expressly taken away by the Congress.” McGirt reminds us of that; it’s the exact argument at play in boundary cases.

Tadd believes that the McGirt ruling may cause some governments to implement a cost-benefit analysis before pursuing boundary cases against Tribes. He explains, “I think what will factor into these boundary cases in the future might be a cost-benefit analysis. Governments will ask themselves, ‘Alright, do we want to spend several million dollars trying to disestablish a jurisdiction that Congress put in place in the 19th century, or do we want to peacefully coexist and look at the benefits of having a reservation nearby?’” (The Mille Lacs Band is the largest employer in Mille Lacs County, for example.)

Tadd likes to cite a story involving both the Mille Lacs Band and Garrison (a town north of the Reservation) as an example of the positive benefits Tribes provide to nearby non-Tribal governments. At one point, both Garrison and the Mille Lacs Band had issues with their septic systems leaching into Lake Mille Lacs. Tadd notes, “The difference was, Mille Lacs brought in $21 million dollars through Army Corps and casino money and built a state-of-the-art wastewater treatment facility. This could not have been done if they weren’t an Indian reservation. There are a lot of misunderstandings about the positive things that the Reservation brings to the region.”

McGirt may demonstrate to non-Tribal governments that they’re better off partnering with Tribes than spending millions of dollars fighting against them. Tribal sovereignty predates the founding of the United States. In fact, Tribes have always been sovereign.

McGirt v. Oklahoma is historic. Tadd concludes, “Tribes don’t often enough see justice in the Supreme Court. With McGirt, we saw it. And it brought tears to a lot of people’s eyes. People will be writing about this case for the next hundred years.”